Town of Ramapo may be insolvent – Is bankruptcy looming? 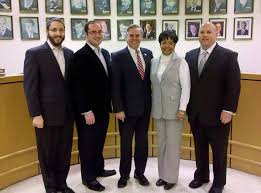 Over the last few months the Ramapo Republican Committee submitted FOIL requests to the Town of Ramapo requesting copies of the 2013 Financial Statements. The Town of Ramapo kept responding that the documents requested are not in their possession. On September 23, 2014, the town finally turned over a copy of their 2013 financial statements.

The notes to the financial statements indicated items that have already been previously reported. Namely, there was an FBI raid in May of 2013 and that there are SEC subpoena’s issued to the Town of Ramapo and the Ramapo Local Development Company (RLDC) in July of 2014.

We know that the town refinanced their Bond Anticipation Notes (Loan) in May of 2014. This gave them a little bit of extra cash flow, but that just buys them some time. According to some news reports, we also know that the town borrowed $3,000,000 from the police fund before the end of 2013. This loan according to some news reports appears to have not been paid back. You can never spend your way out of debt because as you keep digging yourself deeper and deeper into a hole, you start losing the ability to see out of that hole. Unfortunately, that is where we are at today.

The town of Ramapo will probably continue the practice of filing its financial statements late with New York State and continue to operate under a veil of secrecy unless action is taken. We know the FBI and the SEC have ongoing investigations looking at the past practices of the town and who knows where that will end up, but the following actions need to be taken now:

Do you know what would happen if the town goes bankrupt like Detroit? It would be devastating to home values. Imagine the impact on the school systems. Who would want to move to a town that is bankrupt? Services for many people who can’t afford it WOULD most likely be cut, vendors of the town would be paid late (if at all), and the jobs for the people who work for the town would be in jeopardy.

The numbers don’t lie and always tell the true story in the end. 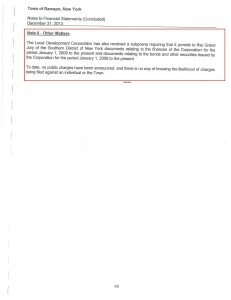 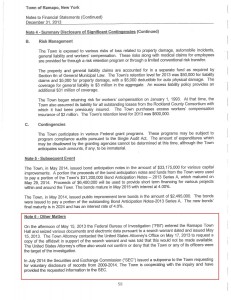 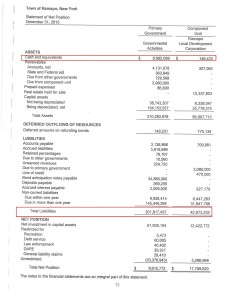 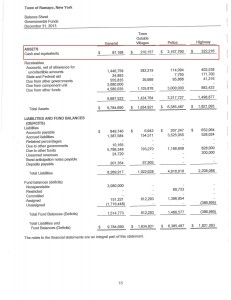 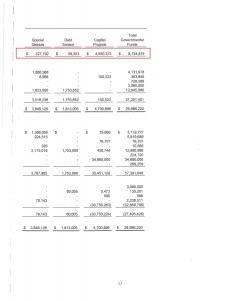 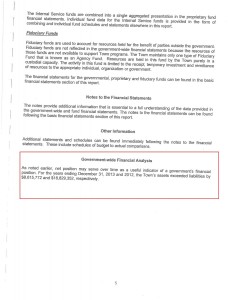