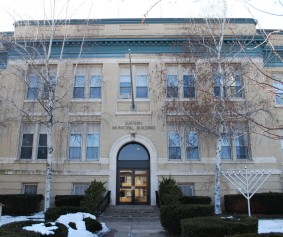 From The Rockland County Times:

Suffern – The Village of Suffern on Monday evening swore in its new mayor Patricia Abato, along with a number of other officials.

Abato, who replaced former Mayor Dagan LaCorte, was sworn in along with fellow trustees Matthew Byrne and Frank Hagen. Fellow trustee Jo Meegan-Corrigan was appointed deputy mayor, while Virginia Menschner will serve as village clerk with Kathy Van Sickle as her deputy.

Other new appointments include Terry Rice as village attorney with Robert Magrino as his assistant, Stephanie Furgang Adwar as acting village justice, Joanne Cioffi as tax collector, Thomas Zordan as treasurer and Craig Long as village historian. In other business, the board voted on a retirement incentive program for police, which could save the town $950,000 if all eligible officers participate. Thus far, eight officers have taken the buyout.