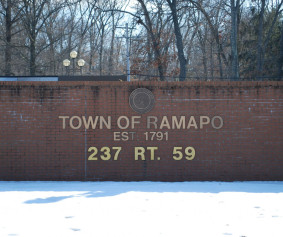 As first reported on our www.ramapogop.org website on April 5th, 2014, we made several inquiries to the town as to the repayment status of a loan that the town secured from the police pension fund. It appears that our investigative work and suspicions may have been correct. Below is the extensive article on LOHUD today. RAMAPO – Some Republicans believe the Ramapo Town Board obligation to pay back a $3 million “budget loan” from the police fund to the general fund is nearly four months past due.

The all-Democratic Ramapo Town Board approved the loan — from the police fund to the general fund — at its Sept. 11 meeting, stating in the resolution that the money was to be paid back prior to Dec. 31, 2013, with interest.

Town officials said the loan was needed to cover day-to-day government expenses, such as salaries, until the town gets payments for sales and mortgage taxes as well as payments from the Federal Emergency Management Agency.

The town’s general and police funds are separated because taxpayers of the villages of Suffern and Spring Valley don’t pay town police taxes since they have their own village police.

Town Attorney Michael Klein said state law permits inter-fund borrowing as long as it’s paid back. When the nature of the two funds are different, as in the town’s police and general funds, the money has to be returned with interest, he said.

Robert Romanowski, a Republican who is a frequent critic of the Ramapo Town Board, said he filed a Freedom of Information Law request in January, seeking records that might show the money was returned to the police fund.

After many weeks without a response, Romanowski said, he received a letter from town Supervisor Christopher St. Lawrence stating that his request was denied because no such document existed. A letter from Town Clerk Christian Sampson, who is also records access officer for the town, was attached to St. Lawrence’s letter, stating that no records were found.

Romanowski said that if the town had returned the money to the police fund, there should have been a voucher that showed the transaction.

“Every time they do this, even when it’s done electronically, they have to have a paper backup, which shows where the money came from and where it went to,” Romanowski said. “Those documents don’t exist, meaning it was never paid back.”

Based on Romanowski’s findings, the Ramapo Republican Committee posted an item on its website, questioning the town’s financial condition.

“The concern is that if they’re borrowing money to run the town, put money in the general fund and they don’t have the funding to pay it back, then they’re running a bigger deficit than what people are being led on to believe because they don’t have the funds to run the town, let alone to pay back the temporary loan,” Marino Fontana, vice chairman of the Ramapo Republican Committee, said.

Town Board member Daniel Friedman, who has recently sent letters to state authorities calling for investigation over an “abuse of power” by the town supervisor, said that when the board asked for budget loans in the past, “Supervisor St. Lawrence has repeatedly told the board that all fund transfers were repaid.”

Romanowski said the town has been violating the Town Board resolution by not paying back the money by the due date.

“If they don’t have a fiscal problem, why can’t they pay it back?” Romanowski said. “This loan is accruing interest every day and costing the taxpayers of Ramapo.”

Ramapo was listed as the state’s second-most fiscally stressed municipality by the state Comptroller’s Office in June.

Ramapo officials challenged the comptroller’s report, blaming an employee in the town’s Finance Department of intentionally submitting inaccurate information to the state.